According to the decision of the ICQ14 International Advisory Board, the 2019 Jean-Marie Dubois Award recipient is Professor Alan Goldman of Iowa State University. The Award will be given for

”elucidating the relationship between quasiperiodicity and magnetism, particularly through the groundbreaking discovery of a series of binary Cd-Rare Earth icosahedral quasicrystals, measurement of their magnetic properties, and comparison with the parent 1/1 periodic approximant.”

Professor Goldman will receive the Jean-Marie Dubois Award at the ICQ14 conference in Kranjska Gora, Slovenia. 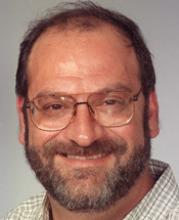 Professor Alan I. Goldman earned his M.S. degree (1980) and Ph.D. (1984) at the State University of New York at Stony Brook. After serving as a staff scientist in the neutron scattering group at Brookhaven National Laboratory, Alan joined the Faculty in the Department of Physics and Astronomy at Iowa State University, with an appointment as a Scientist in the Ames Laboratory in 1988. Alan has been actively engaged in quasicrystal research since 1986, dealing with topics including the structure, stability, dynamics and magnetic properties of icosahedral phases. Other relevant research topics include the magnetic structure of intermetallic phases, the relationship between magnetism, structure and superconductivity in high-temperature superconductors and heavy fermion systems.

The Jean Marie Dubois Award was established to recognize important, sustained research on any aspect of quasicrystals within the 10-year period preceding the award. The award will consist of a cash prize and a plaque. The Award is made possible by an endowment administered by the Iowa State University Alumni Foundation. Prior recipients were: